Well, in a way I hardly feel like the person to be giving out advice to aspiring designers, since I still don’t get published nearly as often as I would like.  However, I was emailed a question yesterday by a woman that has done some knit designing and is trying to get published.  She said that she has designed some clothes made to fit the American  Girl(R) dolls.  She said that she has also designed some adult clothing items.  She tried submitting the doll designs to both the American Girl doll company, and to Interweave Press and was rejected by both.  She was wondering about the idea of submitting the doll designs as individual patterns to Interweave Knits and wondered what I thought about that idea and if designing for them paid well enough to be worth it.

Here was my reply:
“I would guess that doll clothes wouldn’t be their style, however they did publish one just recently along with a matching girls jumper in the most recent Interweave Crochet.  I don’t look at Interweave Knits often, but the few times I have looked it seems that their primary interest is women’s clothing items.  The same is likley true for their knit books.  If I were you, I would go to a book store and look at knitting magagzines and books, and find one that seems to be publishing the sort of things you are designing.  Then submit your designs to them.  Different publishers have different areas of focus.  If you wanted to submit your adult clothing patterns to Interweave you might have more luck with those.  I have published two children’s clothing items, a scarf, and an afghan block with Interweave and I felt that I was well-paid for it, though I think any designer will admit that it isn’t a business that pays extremely well.  I have heard from other designers that Interweave is one of the better publishers in terms of designer pay.  I was paid $325 and $375 for my two children’t items.  I know that one other crochet designer once told me that an experienced designer could expect to get $500 for an adult clothing pattern.  You could also try self-publishing and selling patterns on Ravelry, Etsy, Artfire, or Patternfish.  I have only worked with Ravelry and Etsy myself, but there is a pretty good audience there.  Good luck to you!!”

Maybe this will be helpful to others that are interested in publishing patterns.

Are any of my blog readers aspiring designers?  What have you designed?  What craft?

Have a lovely day, and happy crocheting! 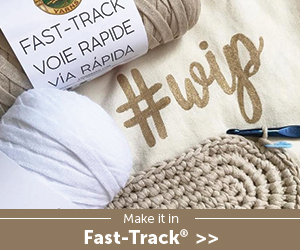