My first trip to a knit and crochet trade show!

I just returned from my first ever trip to a TNNA (The National Needlearts Association) trade show. I’ve known for a few years now that this was the industry trade show I wanted to go to and be a part of. I finally joined TNNA a few months ago and was excited to go to this show in Phoenix. Here are some photos of my trip. Above: waiting at the airport to head to Phoenix with a fab crochet accessory on and knitting in my hands.

There were a few “pre-show” events on Friday night. I made it in time for the fashion show. This is the very first piece going down the runway. The orange bag. There were lots of great items. I wish I’d taken photos of a few more of my favorites!

Something went awry with the calendar on my phone when changing time zones. All the times on my calendar changed to an hour earlier. No phone, I just needed the clock to change, not my whole calendar. So, I was VERY early the first morning that the show floor was open. Now, I am one of those types that always likes to be a few minutes early, but not over an hour early!

Of course, one of the great parts of traveling to the crochet trade show was seeing friends I’d met at previous crochet/knit events. I had lunch on Saturday with two of my besties — Brenda Bourg and Andee Graves, fellow designers. It was so fun to see them!

I also got to meet and talk with Dena of Kreinik, a thread company. Kreinik makes lovely sparkly thread that you can carry along with your yarn to add sparkle to your crochet and knitting. I didn’t catch a picture of it, but Dena tweeted a pic of the two of us at their booth.

One of the items in the fashion show that really caught my eye was a cardigan with a pattern of sparkles added to it. The emcee was sure to point out that the sparkles were actually tiny buttons. A crystal in a metal setting with a metal shank. They look like tiny jeweled rings…like doll size. I was fascinated because I’d never heard of these.

The next day I found the booth on the show floor for Crystaletts. Not only is the product awesome, but so are the two ladies that I met there, Dorinda and Sharon. Talk about fun gals. I hope to see them again at another show. I got some of these to try out, and I couldn’t wait to get home to a skein of red yarn I had. I’ve already been using them, and I love them! You add them in as you go, much like a bead, but with MORE sparkle! Look forward to sparkly crochet designs to come…

The trade show was in Phoenix. Since my family doesn’t live in a desert climate, I’ve never personally met a cactus taller than I am, nor have my kids. I took this pic to send to them so they could see it.

As I got ready to leave the show floor on Monday I had to snap a pic of the prettiness inside my bag. Now to make lovliness with all these pretties!

The magenta is Araucania Nuble a 75/25 Merino/Silk blend. The maroon is Mirasol Miski 100% Baby Llama and softness is, just WOW. The turquoise is Debbie Bliss Rialto 4ply, Extrafine Merino Superwash. All three of these skeins are from the lovely folks at Knitting Fever.

The dark teal is Sebago from Knit One Crochet Too. It is 100% Australian Superwash Merino, and so soft and lustrous. The large green skein is actually 2 skeins twisted together of Sonoma by Baah yarns. This is 100% Superwash Merino and so squishy and soft (and I designed a knit cowl with it! Click here to see it).

I haven’t gotten to stitching with these yarns just yet, though I have a sketch for one of them. But I can vouch for the fact that they are all soft and delightful. And what’s even better, is that the people I met that represent these yarns, are all lovely people as well. And that really is the purpose of attending a knit and crochet trade show, networking!

On my way out I snapped one final photo and tweeted “So long!” to the TNNA show.

Phoenix arranged a goodbye party just for me. The decor was lovely, don’t you think? 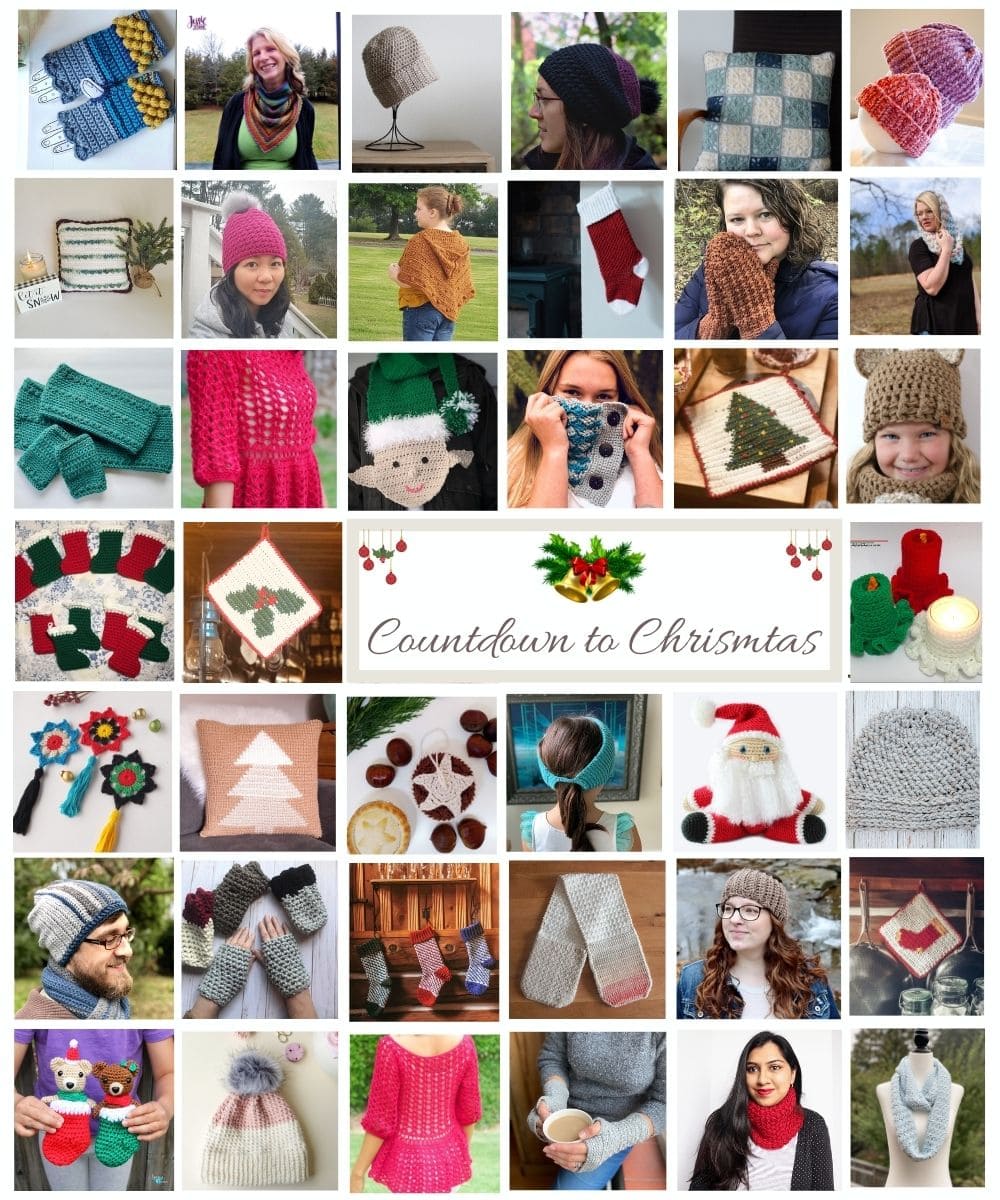 Are you going to crochet for Christmas? The patterns available in this blog hop will be everything you need! 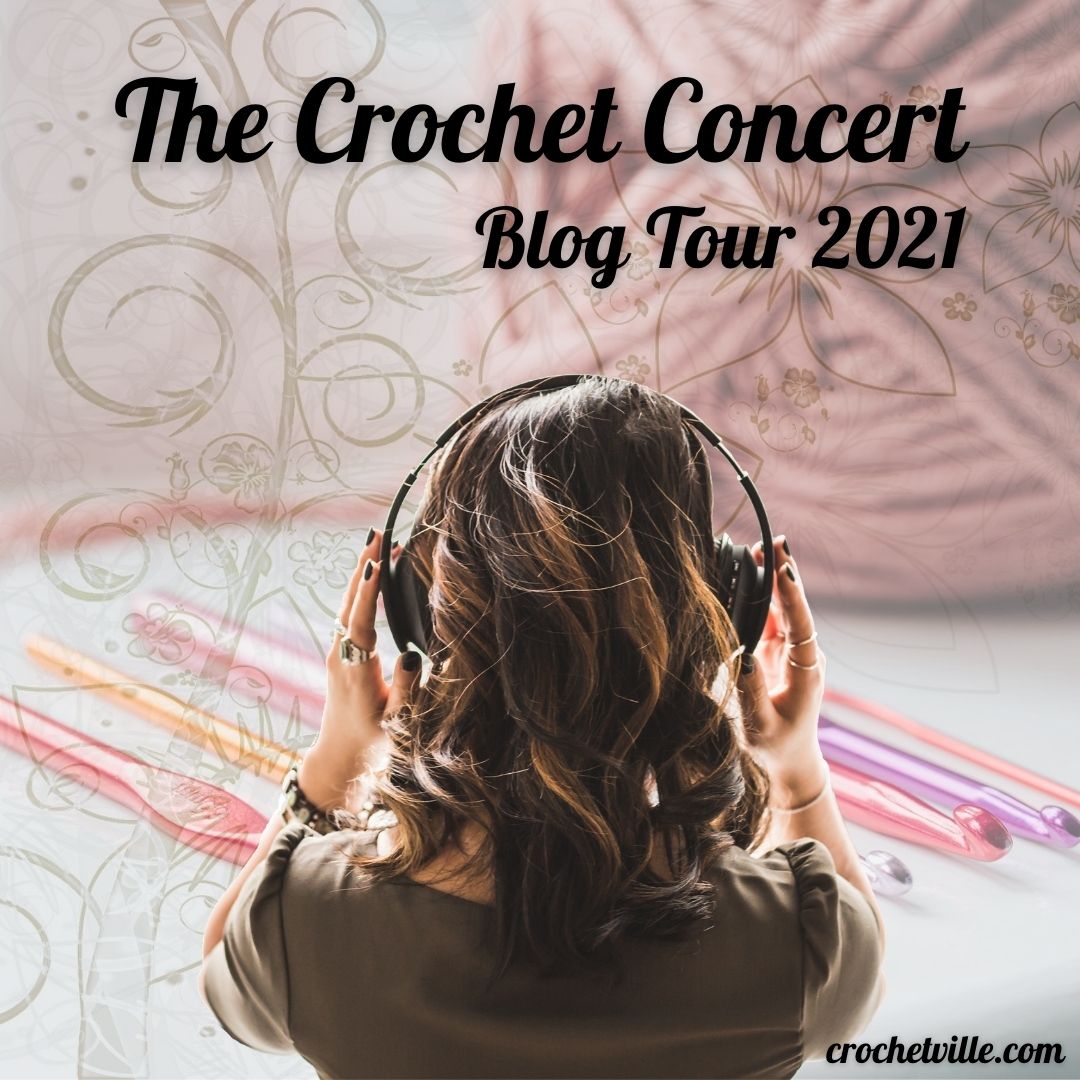 Join me on the Crochetville National Crochet Month blog tour 2021! Be inspired by the "crochet concert" all month long! Discount code included!

1 thought on “My First TNNA Knitting and Crochet Trade Show”