Hi there blog readers!  Our family had a wonderful Christmas!  I hope that you and your family did too!  We had lots of fun and did lots of things for Christmas, but I want to share with you those parts of it that were crafty in some way or another, since after all, this is a craft blog. 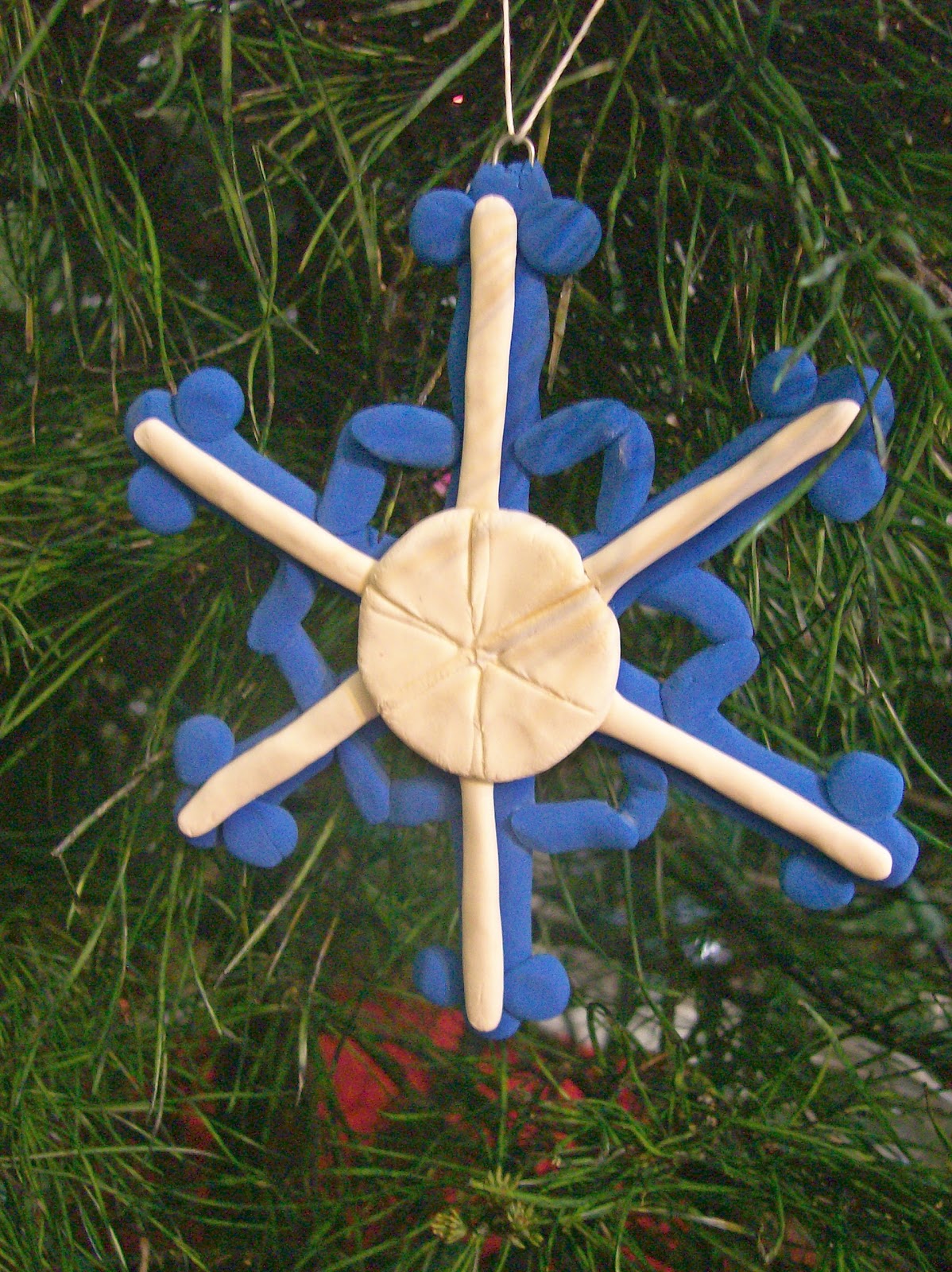 This post contains affiliate links. It helps my bottom line when you click on one and load up your cart, so thanks in advance! 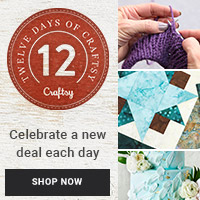 First, a couple of days before Christmas Mr AC, the girls and I started a new family tradition — making Christmas ornaments.  Last year we had begun what we thought would be our yearly tradition — buying a new one for each of the kids each year, but we didn’t manage to fit that in this year, and since Drama Queen had mentioned wanting modeling clay, I had the idea to get some and we could make ornaments instead of buying them.  We used Crayola Model Magic

, which isn’t actually clay, but is much softer, so it is easier for kids to use.  We had lots of fun.  Here are a few pictures of our creations: 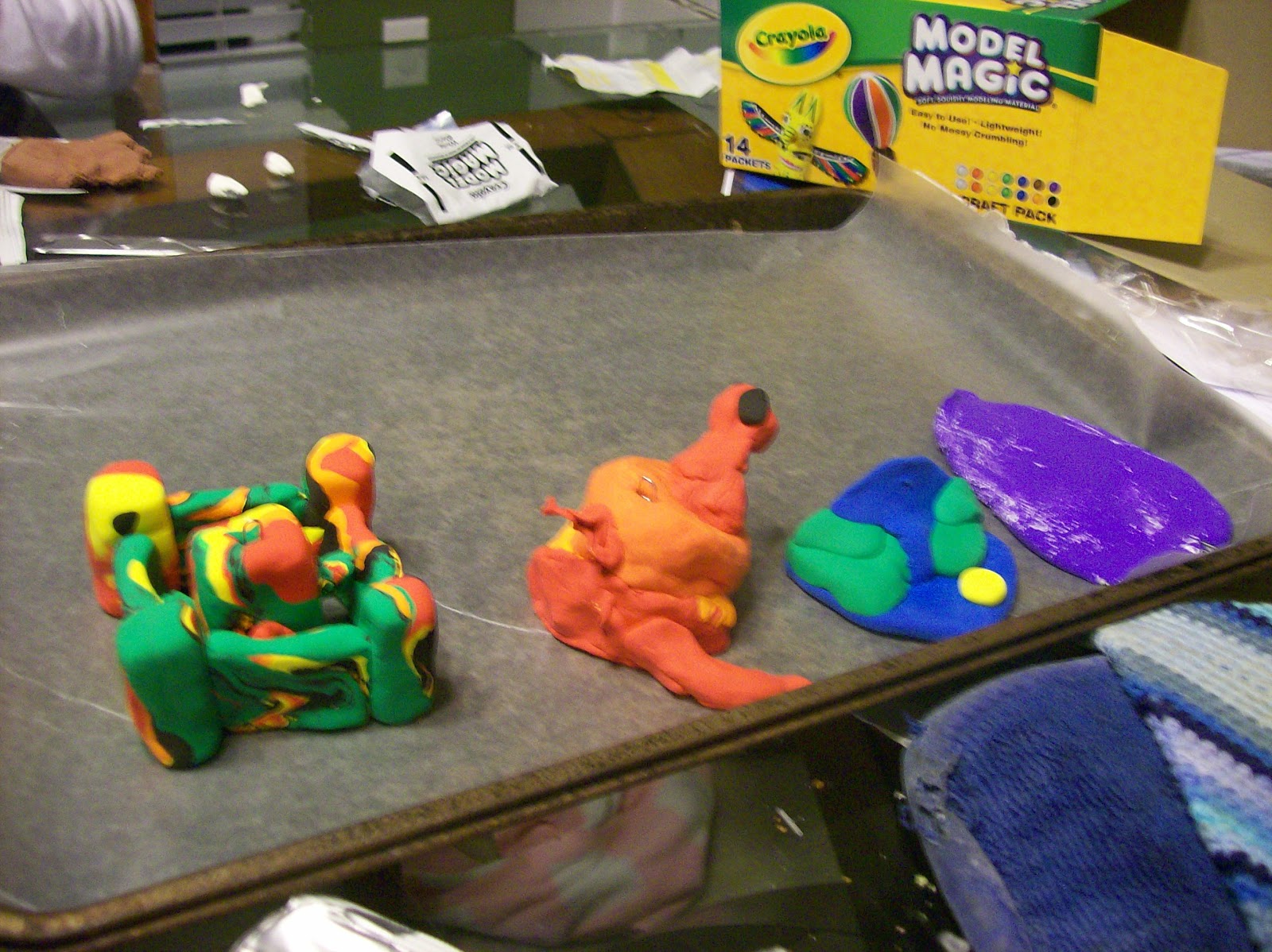 The top picture is the snowflake that I made.  Below on the left is the “Ogre Castle” that Lady Hops-a-lot wanted me to make on her bahalf.  I’m not sure where she came up with the idea, but it was amusing and fun.  Next is Drama Queen’s dragon.  She loves dragons!  Next, is the ornament that Mr AC made.  You are looking at it upside down and lying on it’s back, but if you stood it up and turned it around you would see that it is a waterfall pouring over some green hills with the sun in the sky above it.  I was really impressed with it.  Next is one of Princess’s abstract creations.  Each of the girls made a few other assorted things, but these were the first ones we finished.  This is not as solid as modeling clay, but if you’ve ever worked with it, you know that modeling clay would be difficult for little kids to use.  This was pretty soft.  If it comes apart after it dries you can easily glue the pieces back together with Elmer’s glue.  This was fun!

Mr AC and I did lots of baking and cooking on Christmas Eve.  I made our traditional Christmas Eve dessert — birthday cake in honor of our Lord’s birthday. 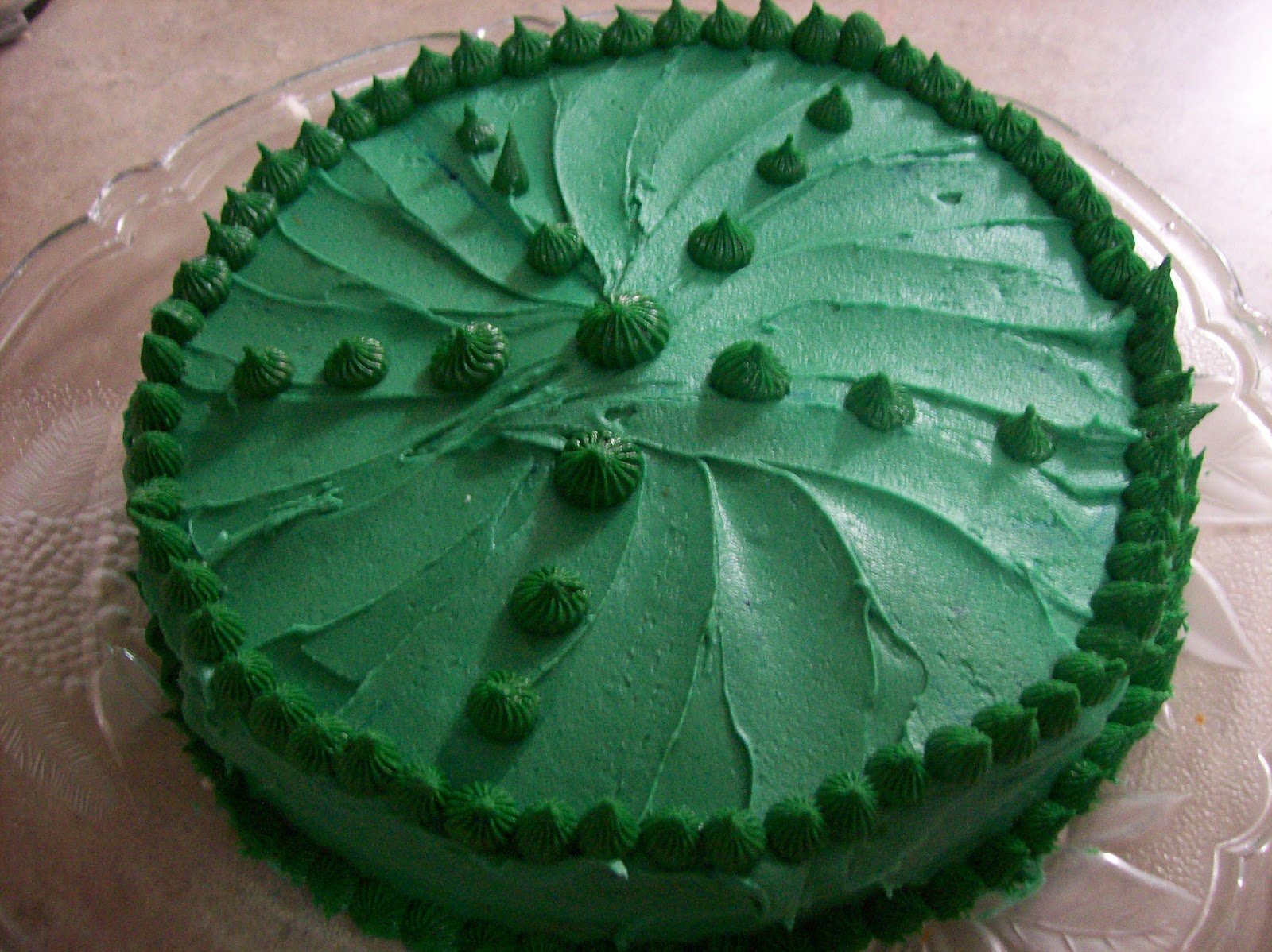 I made only two gifts this year.  The first was for my mother-in-law, who some time ago mentioned that she would enjoy a crocheted headband.  I based the idea loosly on the headband in Interweave Crochet Accessories 2010 that was designed by Robyn Chachula.  I really wanted this to be a simple project though, and that headband is made with a more complicated stitch pattern.  I tried it out and was very sure after just a few rows that I didn’t want to make one that complicated.  So, I ripped it out, got out my stitch dictionary, picked a fairly simple shell-stitch pattern and worked up a headband.  I used the instructions from the magazine to attach the crocheted portion to the elastic.  I never knew that you could crochet into elastic, but sure enough, you can. 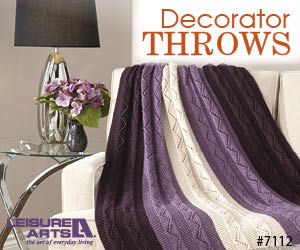 I also used the pattern in that issue called “One for All Family of Mitts” that I believe was designed by Doris Chan.  It is a collection of similar fingerless mitt patterns that come in a large variety of sizes.  I made these, and a matching hat based on my baby hat pattern, for Mr AC’s 13 year-old cousin.  Unfortunately, I didn’t remember to take pictures before giving them away, so I can’t show them to you.  I also gave 1 hank of sock yarn each to both my mom and oldest sister.  It was Cascade Yarns Heritage Paints.  The one I gave my sister was mostly black with bits of green and purple in it (#9826 I think), and the one I gave my mom was a combination of purples, pinks, greens, and blues (#9692 I think).

I received a couple of handmade gifts: 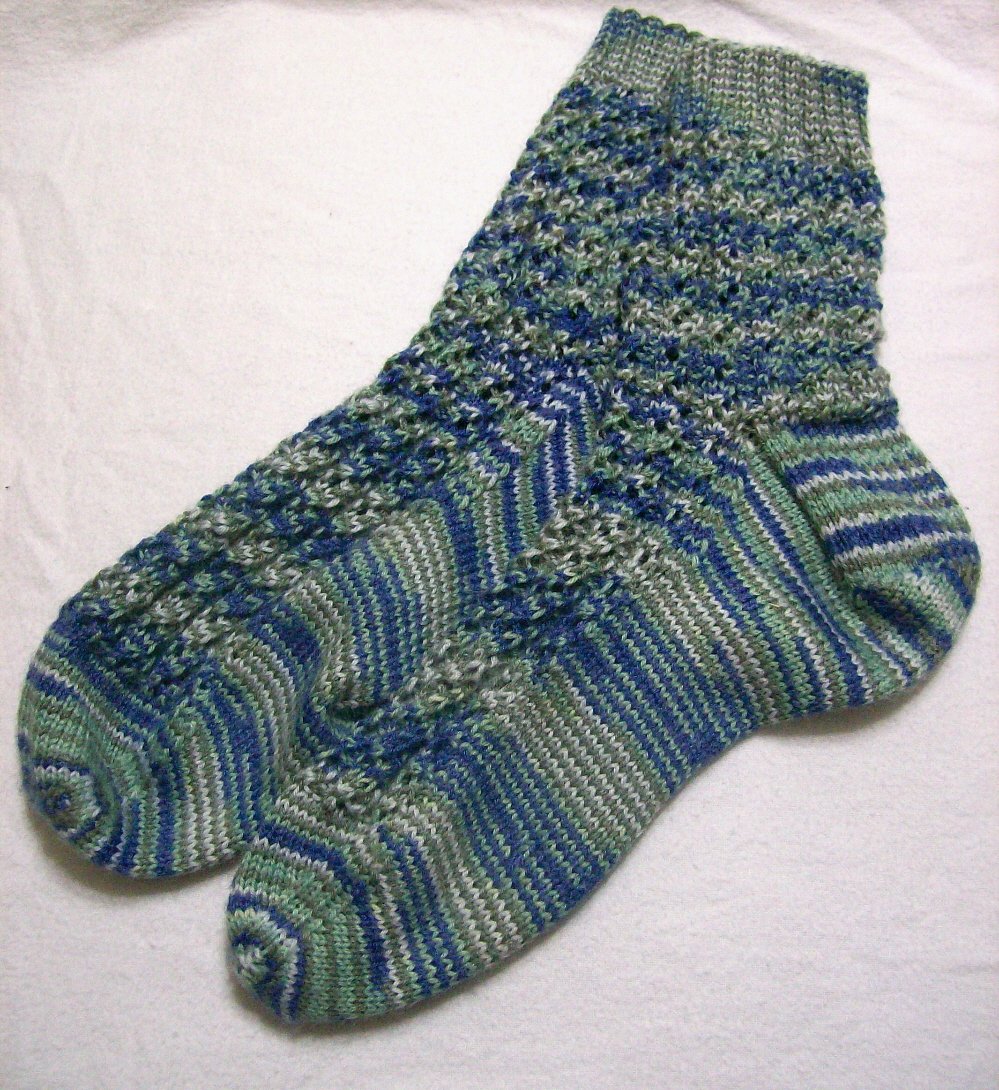 The other handmade gift that I got is from my oldest sister.  These are oven mitts that look like cupcakes.  You can slip your fingers under the “frosting” on the muffin top.  So cute! 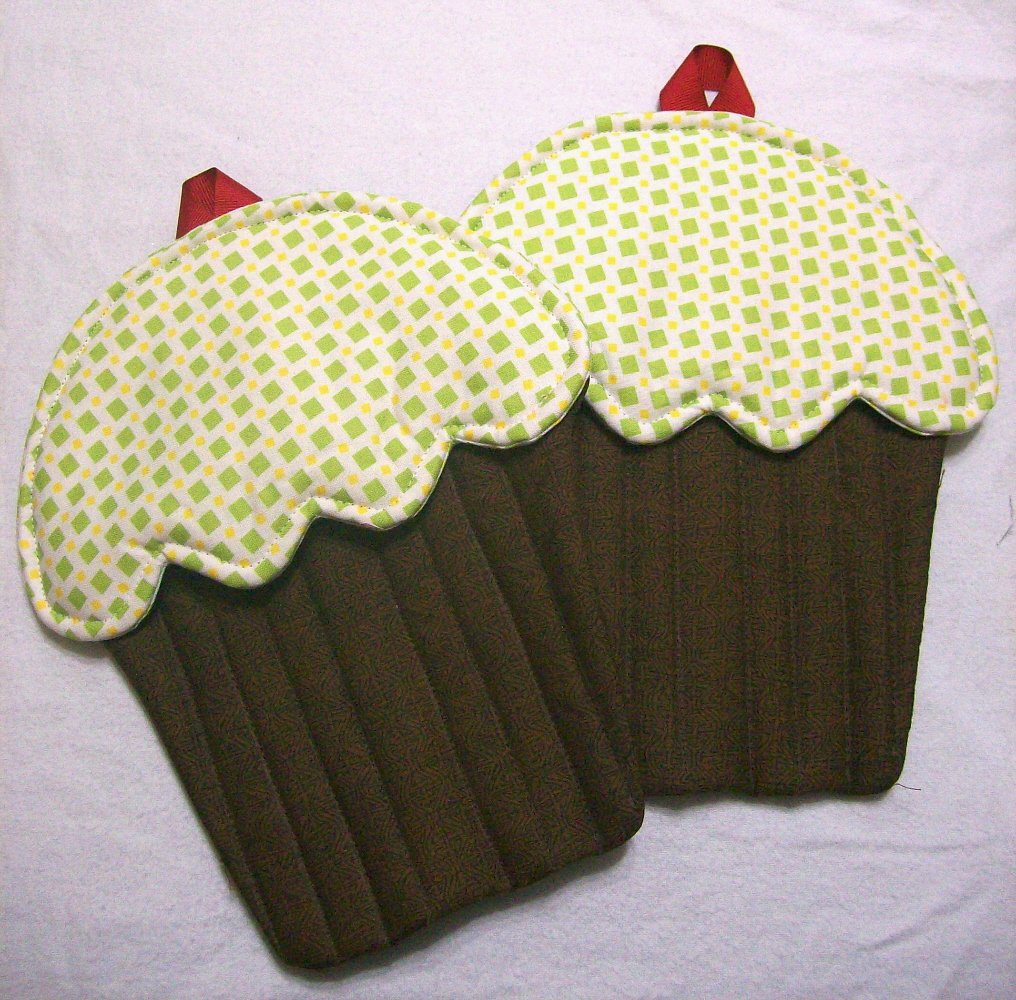 These are sewn, rather than knitted or crocheted, however she is a talented knitter and crocheter as well.

I also received 5 balls/hanks of yarn as gifts.  Mr AC gave me one hank of Malabrigo sock that is 100% kettle-dyed superwash merino: 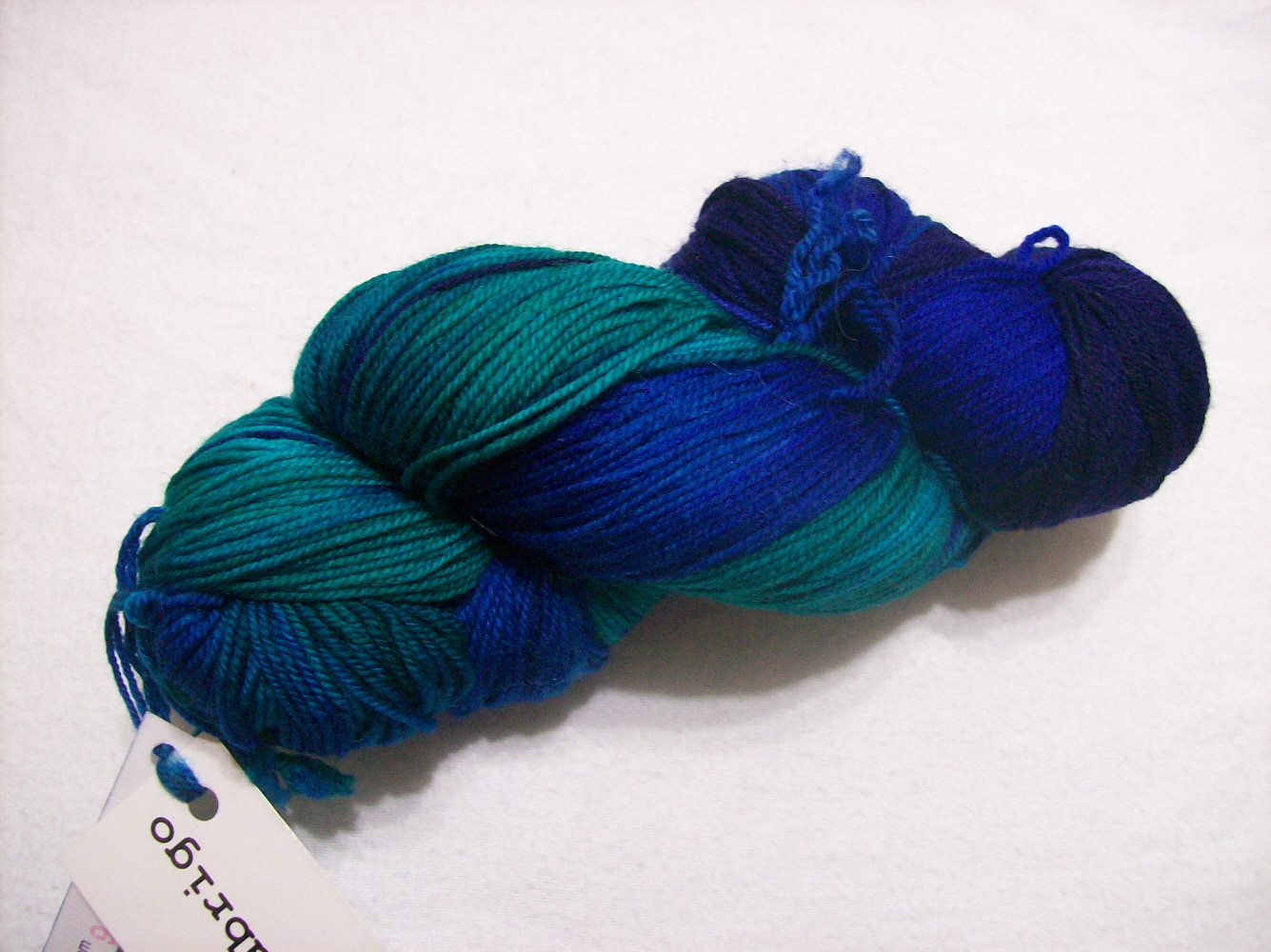 The colors resemble those of peacock feathers.  I haven’t decided what to do with it yet…maybe a dressy scarf.  He also gave me two hanks of Plymouth Yarn Baby Alpaca Grande Tweed in a denim blue color.  Maybe a scarf? a cropped cardigan?  This yarn is a chunky 90% Baby Alpaca, 7% Acrylic, and 3% Viscose blend, and it is SOOOOO soft! 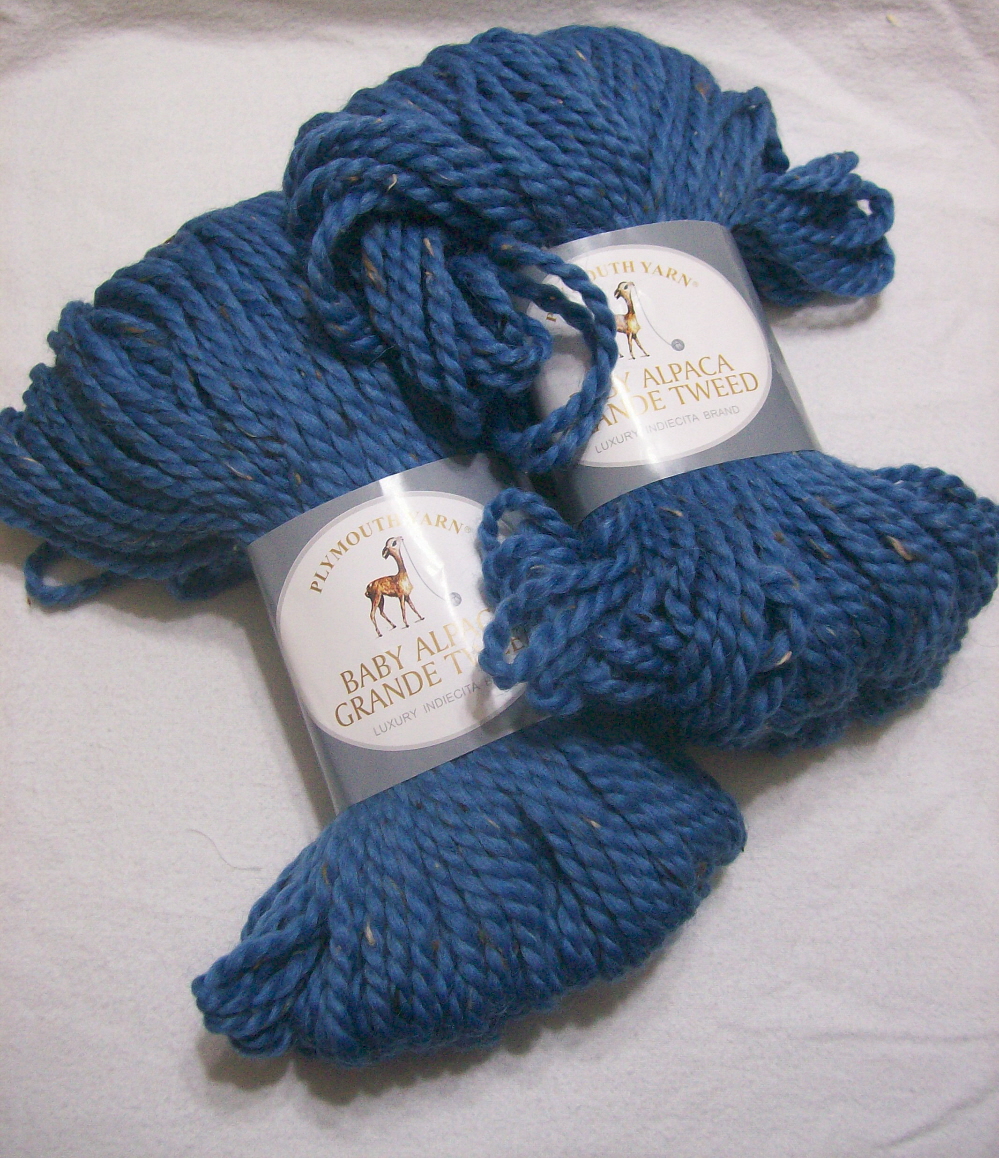 And my oldest sister gave me two balls of Jojoland Rhythm that is 100% Wool.  This yarn would probably felt well.  I could see a pair of fingerless mitts from this, or a scarf.  It is not an especially soft wool (I have several other balls of Jojoland yarn, and none of their wools are especially soft), but they have some of the most gorgeous color variations that I’ve ever seen in yarn!  I know this because there is something I’ve made in one of their yarns that is submitted for publication somewhere, so I can’t show it to you, but believe me, it’s gorgeous and I wear it.  It is a little bit itchy, but bearable. 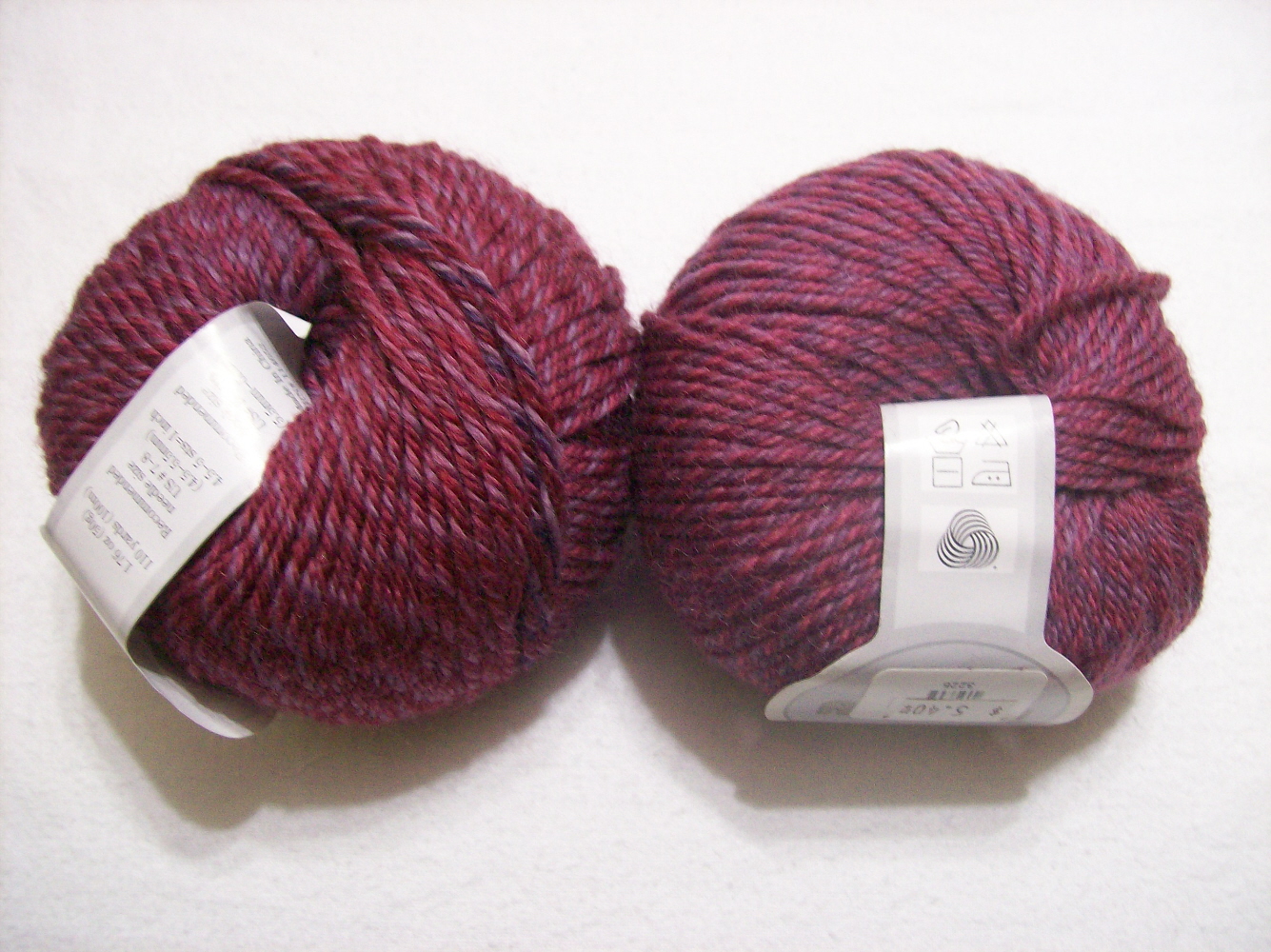 Again, I hope you all had a Merry Christmas and that you have a wonderful New Year! 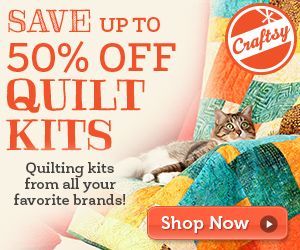